Let’s go on a virtual trip through National Parks of Romania. In fact, it’s a tour through 11 National Parks and 7 Natural Parks. As well as through many other marvellous natural places from Romania.

There is also a National Park Biosphere Reservation of Danube Delta. It’s quite a different thing, right? Interested?

Now! Back to National Parks.
Interested in a particular one? Detailed information can be useful.
Undecided in choosing one? Explore all of them through pictures, travel stories and useful information.

Take a look over the map. I planed a circuit for you. We start our journey from west, with the Natural Park Apuseni Mountains, go down to south, then to east side through Southern Carpathians, then back to north through Eastern Carpathians ending up with National Park Rodnei Mountains.

But this isn’t all. I’ll also show you the fascinated world of gorges, megalithic rocks, caves, salt mountains, Muddy Volcanoes and many other places witch are natural reservations, too, but not included in the parks I already mentioned.

Ready? National or natural, here they are:

Well, people, this is the best for me. I go back there again and again. For many, many reasons. But the main is that anytime I go back, even if I step up on the same trail, I see different things.

You have to enjoy wether’s whimsical here. Because everyone brings you another kind of scenery in the same place. How?

Here we have a typical ecosystem for wetlands. Running and stagnant waters with periodical floods give us gallery forests, stands of willows and poplars. It is a nesting and passage place for over 200 species of birds. We can also see many kind of insects, deer, wild boars…

Hey, birds and wildlife lovers! Romania has not only Danube Delta! I think it’s a loss if you miss this.

Famous for its 300 years old wild beech forest unique in Europe as well as for a large variety of karsts shapes. We meet an impressive number of caves and some of the longest and wildest gorges in Romania.

Off course, like everywhere in Romanian mountains, we can watch wildlife or try a large spectrum of outdoor activities.

Nerei Gorges means 19 km of beauty. We take a walk through step ridges, caves and strange rocks. The longest gorge from Romania.

And Beusnita… a marvellous affluent of Nera River with waterfalls and a large biodiversity.

It was a fight long time ago. The River won. But I’d say there is still animosity between river and mountain. Because of a place named Danube Boilers…

A mountain area with atypical flora and fauna. We find here species which usually populate the warmest areas, with Mediterranean influences.

Discover the passion of the beautiful black pine for climbing, enjoy a paradise of butterflies.

It’s been long time since I first stepped on Retezat trails. Breathtaking landscapes. But most powerful memory is the smell. It always smells like winter ending. Even in summer.

You know… those times when snow thaws but there is yet snow. And courageous little flowers show their had and screw to running snow. Maybe because of the glacial lakes…

This is about virgin woods and caves with popular legends. But also about history.

Gradistea Muncelului fortress, surrounded by other defence dacian fortresses, was the capital of Dacian state lead by Decebal. Here is a complex of sanctuaries devoted to sun cult and astronomic observations making up an ingenious calendar, very sharp for that times.

Cozia Mountain suddenly rises from the surrounding depression. Olt River washes it’s feet. It appears as a rock giant made of steep slopes and a large number of towers.

Almost entirely covered with a vegetal coat, it’s an easy hike. A picturesque collection of plants accompanies our trail. For those who arrive at the top the prize is an astonishing landscape.

A unique appearance. From Rucar-Bran Passage Piatra Craiului (King’s Stone) Mountain looks like a 22 km long arched back dinosaur. The whole west side is a steep slope and the ridge is spectacular.

Here I met chamois for the first time. I was so amazed by it’s agility then I almost felt down. And I sow capercaillie (Tetrao urogallus), too. And lots of flowers.

Here we walk on the most beaten mountain trails from Romania. And such a high traffic must have a reason. You probably heard about garbage’s bears from Brasov as well as Prahova Valley ski resort.

Maybe you know a little about Sphinx and Babele (The Old Women) megalithic rocks that gave birth to legends and become symbols of this place. But there is a lot more…

It’s about an isle between two branches of Danube river. Every year the river floods this isle, so the ecosystem resembles very much to that of the Danube Delta.

Some of the oldest mountains of Europe. Winds, rains and sun worked them and nowadays they are less then 500 m high.

If you look at them from some distance they seem to be the ruins of an old castle.

Yes, my friend, karsts area again. Vertical steeps rise beside the road. Often they are so bent over the car that is hard not to think “Brrrrr! What if…?” Those are Bicazului Gorges.

But there are Sugaului Gorges and Bicajelului Gorges, too. And Hasmasul Mic reservation with its beautiful Lonely Stone. And Red Lake with its true story and its legend…

“Ceahlau is the Mounntain King, it is the jewel, the poetry of this country, it is the secret source of our people’s legends and melancholy folk songs, it is the eye forever opened over the boundaries of our ancestors’ estate.” 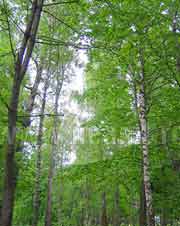 All this names were inspired from Romanian fairytales because this places are truly fairytale lands.

Wait and think a little bit. Imagine this place 5 millon years ago. Volcano erupted. Then silence. A lot of silence. Nowadays?…

I don’t know. It’s strange… I’m waiting for Star Gate opening behind every rock. Maybe in the middle of those “12 Apostles”…

A baltic climate, tough weather just like the people around.

Well, I know I don’t have enough pics, as you’d like (sorry, some technical reasons). But I found this website called Pictures of Romania what can give you much more. And it doesn’t have only pictures. You can read a lot of information about Romania, written by an Englishman relocated here. Can be a very interesting point of view for your reading.